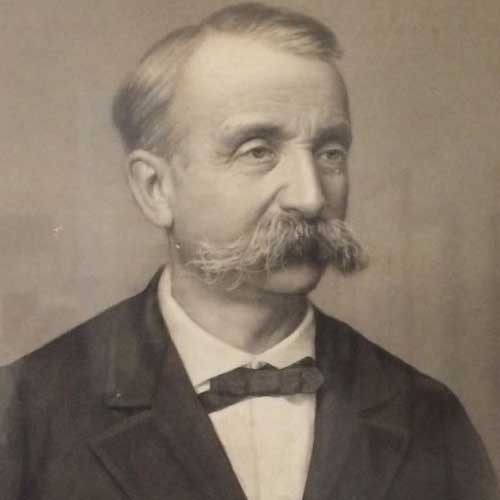 The royal technical schools were built mainly in some Italian cities in developed industrially (Turin, Terni, Florence, etc.), but their number, at least in the 1850s, did not exceed the total of a dozen institutions. then became the inter-regional training centers which attracted students from all over Italy. The teaching staff was extremely qualified. It was engineers and technicians, in most cases, trained abroad, many of whom ended their careers in the chair of major Italian universities or were called to be part of prestigious academies (Academy of the Lincei, etc.). This is the case of Ippolito Langlois in Fermo, Luigi Corradi and Gaetano Scorza in Terni, Germano Sommeiller in Turin. Royal Fermo Technical Institute was founded in 1854 as a Pious Association thanks to a bequest of Count Girolamo Montani. The Pious Association immediately after the unit is turned into the school of Arts and Crafts for brands, thanks to the efforts of the Mayor of Fermo Ignatius Trevisani and architect Giovanbattista Carducci. In 1863, to bring the school to advanced level nationally as part of technical education, was called to direct the engineer Ippolito Langlois, from the Conservatoire d'Arts et Metiers in Paris and pupil of Arthur Morin. He transplanted in Fermo the methods of the "Écoles d'Arts et Métiers" in France and in 1884 transformed the school into the Royal Industrial Institute. Among the famous teachers of the institute he remembers the physicist Giovanni Giorgi to whom we owe a project of Officine new, never actually realized, and Ciamberlini mathematician. Among the distinguished pupils, Giovanni Benelli, founder in 1911 of the famous factory of motorcycles and in the 70s of Benelli Armi. Another famous person who has frequented this institute was Giuseppe Sacconi, known mainly for being the architect of the Victorian designer in Rome. 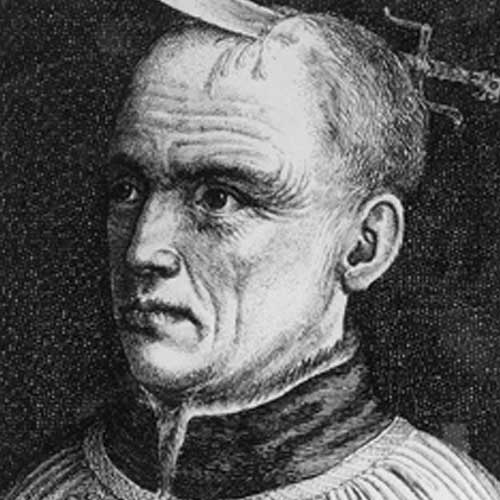 In the diocesan museum of the city of Fermo is kept the chasuble of St Thomas Becket, of textile product of Arab origin dated to 1116, the gift of the Holy Mother Church of Fermo in memory of friendship between St. Thomas and the bishop stop, presbyter . Thomas Becket (Engl. Thomas Becket, London, December 21, 1118 - Canterbury, December 29, 1170) was an English Catholic archbishop. Lord Chancellor of the Kingdom of England from 1154, he was elected archbishop of Canterbury and primate of England in 1162: hostile to Henry II's intentions for the downsizing of ecclesiastical privileges, was killed (perhaps by order of the sovereign) in 1170. In February 1173 he was proclaimed saint and martyr by Pope Alexander III during a stay of the same in Segni near Anagni. Born in London by Gilbert Becket merchant Thierville and Matilda Mondeville, settled in England under William the Conqueror, he was launched from childhood to the ecclesiastical career: after the first training received at the abbey of Merton, furthered his studies in Paris and , returning home, he entered the service of the Archbishop of Canterbury, Theobald of Bec. 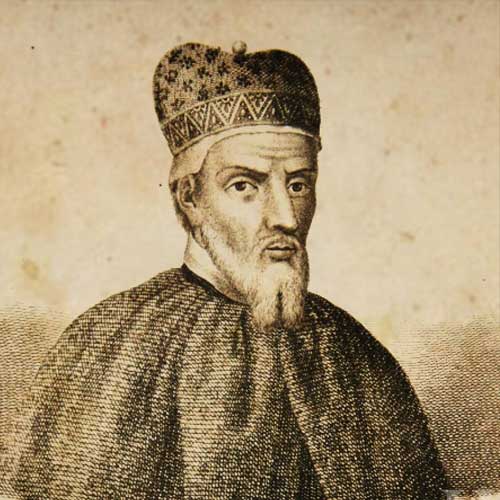 Ranier Zen (or Reniero Zeno) (Venice, ... - Venice, July 7, 1268) was the forty-fifth Doge of Venice from January 8 (or 15 or 25) in 1253 to death. Peter's son and an unknown mother, his Doge was marked by clashes with Genoa for dominance of the eastern trade. Was man determined and resolute and commanded the Republic firmly and capabilities. Raniero Zeno, albeit with a dark youth, was a man of undisputed value and capabilities and soon ascended to the forefront of his century chronicles. The first sources we refer to it as diplomacy man with numerous positions in France and in Italy (where incurred even in the papal excommunication for having incited Bologna not to pay the taxes due) but also as a skilled fighter. In 1240 he was at the side of the Doge Jacopo Tiepolo in the siege of Ferrara and in 1244 was made sea captain (commander of the fleet). He became mayor several times in many cities of the Italian mainland enhancing his reputation as a wise man and rectum. He married Aluica of Prata, it is not known how many children they had. On the death of Marino Morosini he concurred at staved with Marco Ziani and won by 21 votes out of 41 available. At election time was mayor in Fermo and came to the city only after about a month. To celebrate his election s'organizzò a great tournament of knights which attracted international interest and remained long in the memory of the people, how do they understand the chronicles of enthusiastic of this unusual show. If the doge began well the task of Zen he grew quickly uphill. In 1256 - 1259 the Treviso area was shaken by the war between the pope, supported by Venice and Treviso, and Ezzelino da Romano. Only with the death of the latter, in 1259, the situation calmed down a bit '. Resolved the situation in Italy immediately exploded the war with Genoa. The two maritime powers, divided on the economic front - political, they found themselves on belonging to discuss the monastery of St. Saba in the city of Tyre in 1255 the Genoese took possession of plundering the Venetian quarter. Lorenzo Tiepolo, and future Doge at the time of the fleet admiral intervened and in 1257 destroyed the Genoese fleet and also the monastery, bringing to Venice many of its parts (some columns are still visible at the Palazzo Ducale, in front of the Porta della Carta ). Genoa defeated, then decided to bring down the empire of Constantinople, Venetian wire, replacing the dynasty then reign with that of the Paleologus dynasty he belonged to the famous General Michael II Palaeologus (Treaty of Nymphaeum, 1261). The fall of Constantinople blocked the access to the Black Sea in Venice. Venice responded by arming its powerful fleet commanded by Gilberto Dandolo and sending those against Genoa: two important victories (1262 and Settepozzi Morea, 1263) improved the situation but did not change permanently the issue. Come to a standstill in 1265 Venice entered into a five-year truce and, in 1270, a final peace despite numerous privileges no longer had the dominance of trade, shared with Genoa. At the time Renier Zen was already dead. It would still be an understatement dogado mention this only for the many wars fought; it must be recalled that the approval of the Statutes, in 129 articles, created an effective and modern maritime legislation. During dogado you tried to reduce any possible rift between social classes, giving rise to the harmony between the people and the aristocracy who held fast to the Venetian Republic, oligarchic, to its end. Remiero Zeno died July 7, 1268. 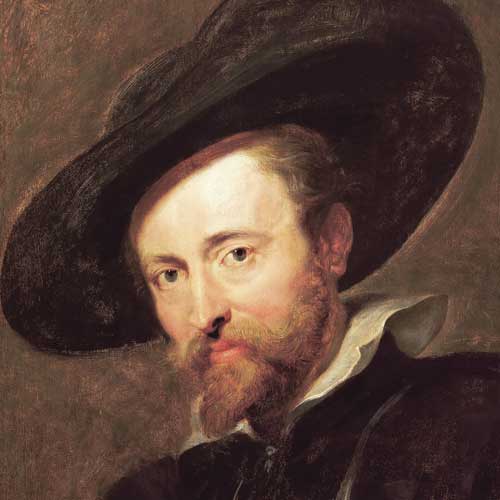 The Adoration of the Shepherds is an oil painting on canvas (300x192 cm) realized in 1608 by the painter Peter Paul Rubens. It was recognized in the early twentieth century by the great historian Roberto Longhi, who also identified him as the night. It is conserved in the Civic Art Gallery of Fermo. Commissioned Rubens father Flaminio Ricci and realized in a short time (about three months) for the church of San Filippo Blacks of Fermo, the painting appears as a tribute to the painter Caravaggio colleague, the painter had got to know artistically in Rome in its ten years of study in Italy. In fact, many suggestions seem to come to the painter in the painting with the same subject by Correggio realized in the years 1525-1530. It is accounted for when the pastors reach the hut of the Nativity: The Virgin is portrayed while showing her baby to the shepherds, behind St. Joseph and to the left of the composition figures two male and two female figures. Recently it has been suggested as the elderly female figure can be identified as the midwife of disbelief of James Protoevangelium, in the act of raising his hands to heaven remedied. A flurry of four angels holding up a scroll with the announcement of the birth of the Savior.

Galeazzo Maria Sforza, Duke of Milan. - Firstborn of Francis, Earl of Tricarico, and Bianca Maria Visconti, daughter of the legitimate Duke of Milan Filippo Maria, was born on Jan. 14. 1444 in Fermo, in the call rock round or Girifalco and was baptized on March 17. The day after the birth, Sforza had sent a messenger to Milan to convey the news to his father and wanted to know what name to give to his nephew. He decided to Galeazzo Visconti, in his ancestor's memories Galeazzo (II), Count of Pavia, deftly avoiding any reference to the succession to the ducal throne of Milan, while recognizing in this way the baby belonging to the Visconti family. 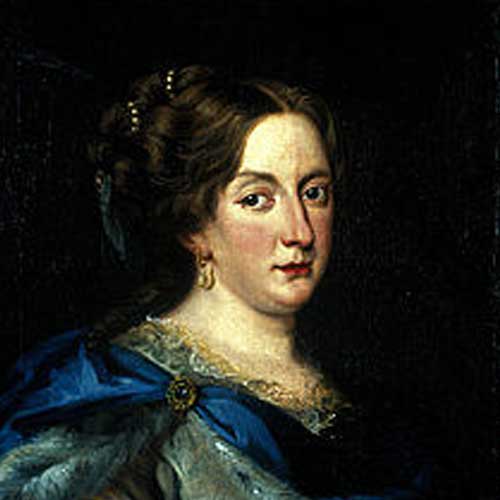 Fermo and Queen Cristina In 1654 Queen Christina of Sweden (1626-1689), has long attracted by Catholicism, decided to leave the Lutheran faith and with it the throne of the Scandinavian country. After a long journey through Europe he settled in Rome, where he surrounded himself with clergymen, artists, scholars, doctors and even alchemists. What is surprising is that, for a curious intertwining of destinies, many of these people were from Fermo. When the Queen arrived in Rome, Fermo enjoyed a privileged status within the State of the Church. It was in fact, as well as an archiepiscopal city "dominant" (as it was called) of a vast territory comprising about fifty castles, said in turn "State of Fermo". It was not therefore included in the Province of the March, but it was directly subject to the pope, that formally entrusted to his nephew Cardinal awarded the office of governor. Furthermore, for centuries-old tradition, Fermo was a city of studies: envisaged on its central square, next to the town hall, the university building, officially recognized since 1585 but operates from the fourteenth century, while not far from it stood the Jesuit college , created in 1609. therefore there were not lacking men of great culture. 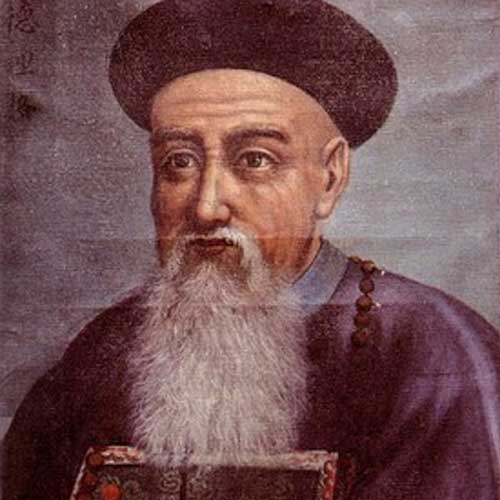 Teodorico Pedrini was a good musician. But he considered the music, and his mastery of music, alternative, indeed instrumental to the smooth conduct and success of his pastoral mission. And 'likely that his being a good musician was at first why he was chosen to go to China on behalf of the Congregation of the Mission, and then his key to get into the good graces of the Emperor Kangxi, to open the doors of the heart and mind of this great Chinese emperor, who was surely fond of the arts of painting and music, like any other form of intellectual vitality coming from the West. He must have already studied music from Filipinos in Fermo when, in 1692 he moved to Rome and remained there for ten years, with the frequency at Piceno College up to 1697, and entered the Congregation of the Mission in 1698 and votes in 1700, in the same year in which the Marches Gianfrancesco Albani became Pope Clement XI.